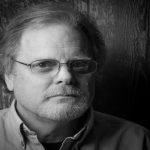 Jim Hartwell is a veteran entertainer, songwriter, and interpreter of vintage cover songs. His musical resume includes performances, in the late 60s, at Hemisfair (The San Antonio Worlds Fair), extensive appearances all along the San Antonio/Austin I35 corridor throughout the 70s and 80s, and an extended southern US tour on the Chelsea Street Pub circuit.
In the mid 80s, Jim took time out to raise a family and have a corporate career, retiring in 2013 as an executive of a major insurance company.
Since retiring, Jim has been seen regularly at a number of venues in the San Antonio/Wimberley area. With almost 50 years of musical experience, Jim’s guitar work and vocal range allow him to perform a wide variety of music from artists like Chris Stapleton, James Taylor, Brooks and Dunn, and Van Morrison…to name but a few… Jim compliments his extensive cover repertoire with his own compositions about life and love…many of which are featured on this website and on his 2019 CD release ” A Hummingbird’s Wings”.