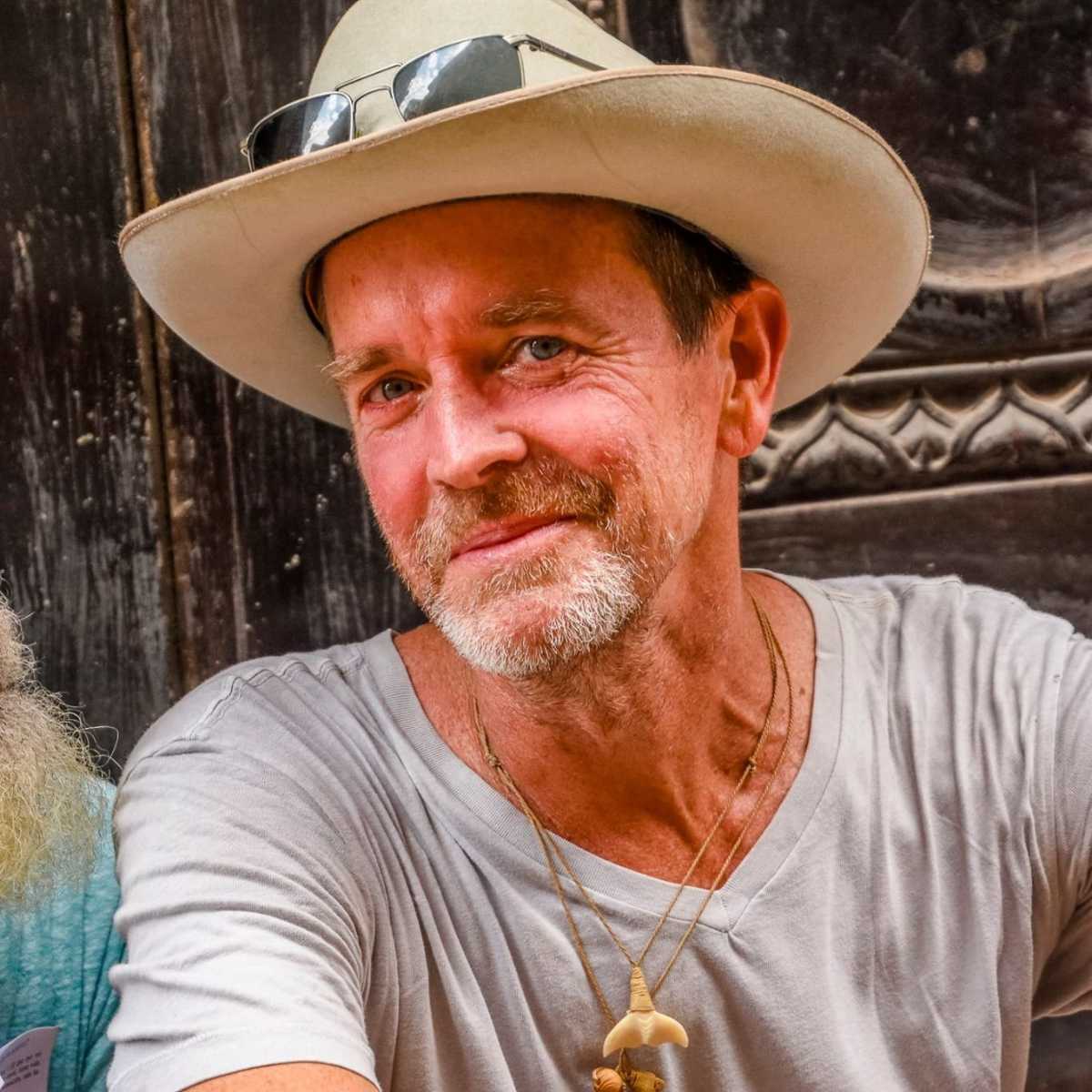 Born in the largest city in Texas. Live in one of the smallest cities in Texas. Learned scuba at 10. Competitive swimmer. Hand fed an 8’ green moray eel. 3 plates and 22 screws hold my hip together. Made geological survey maps for oil exploration. Built houses. Graduated from Southwest TX State with the most boring degree possible. Worked at Dell for 5 days. Never been fired. Had a pajama party with Angelina Jolie. Wrote a screenplay. Moved to LA (twice). Played basketball with Kevin Costner. Saved the dog in Pearl Harbor. Rigged lights for music videos. Climbed to the top of the Astrodome. Published a magazine. Lived in a 150 square foot tiny house I built for $5,000. Moved up to my 900 square foot palatial estate. Rode in a 3 day horseback pilgrimage through Mexico with a broken ankle. Been face to face with great white sharks, salt water crocodiles, killer whales, 30 ton humpbacks, herds of stampeding horses and rock stars. Only one of those is dangerous. Surfed with Donavon Frankenreiter. Scuba dove all over the world. Wear flip flops and cowboy hats. Love to read Christopher Moore books. Can’t get enough traveling. Turbulence freaks me out. Never missed a flight. Left brained, right handed, left footed. And won a bunch of awards for photos I have taken all over the world.